Microsoft's issued a patch for Office 2007 in October, which pre-empted yesterday's Word XML appeal ruling, when a court upheld an injunction against the software giant. 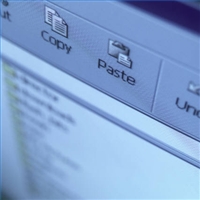 It turns out that Redmond, which had said it was preparing for the worst after it won a temporary reprieve on the injunction in September, has been readying what is effectively a wipe clean tool for its Word product, way in advance of Tuesday's court edict.

"After this patch is installed, Word will no longer read the Custom XML elements contained within DOCX, DOCM, or XML files," said Microsoft in an advisory note to its OEM channel back in October.

"These files will continue to open, but any Custom XML elements will be removed. The ability to handle custom XML markup is typically used in association with automated server based processing of Word documents. Custom XML is not typically used by most end users of Word," Register reports.

It was also reported, the Office OPK Master Kit Download removes custom XML editing facilities from the product following legal action by tiny Canadian outfit i4i. While, predictably, many observers are applauding the victory of the David vs Goliath contest, in which a Texas court ordered MS to hand over $290 million in damages for copyright infringement, the situation isn't quite that simple.

Loudon McLean Owen, President of i4i, is also managing partner of venture capital outfit McLean Watson, the company behind i4i and sixteen other IT companies with a total capital under management of $160 million. Owen is a direct descendant of its founder, Gillean McLean, who founded the company in Indonesia back in 1820. The company says its preferred size of investment ranges from one to five million bucks.

i4i originally sued Microsoft in 2007, claiming that the XML editor built into Word 2007 and 2003 is in breach of its patent. In August, the US District Court for Eastern Texas found in favor of i4i, against which Microsoft appealed. That appeal was thrown out yesterday.

"In this case, a small company was practicing its patent, only to suffer a loss of market share, brand recognition, and customer goodwill as the result of the defendant's infringing acts," the court ruled, TG Daily reports.

News agencies also report, the ruling means Microsoft can't sell versions of Word that can open documents saved in the .XML, .DOCX, or .DOCM formats that contain custom XML. Those formats were at the heart of the patent dispute. DOCX is the default format for the most current version of Word, which is included in Microsoft Office 2007. Custom XML is used by businesses to link their corporate data to Word documents.

The patent, No. 5,787,449, describes how programs go about "manipulating a document's content and architecture separately."

The court left an out for Microsoft. The company can continue to sell Word 2007 after Jan. 11 if it removes the offending technology from the product. The patch appears to signal Microsoft's willingness to comply with the order.