Volvo to Be Sold to China's Geely

The US motor manufacturer Ford has agreed the substance of a deal worth about $2bn (£1.2bn) t to sell its Volvo Swedish cars unit to China's Geely. This is supposed to give the Swedish marque the prospect of a new start just as Saab, its Nordic rival, teeters on the brink of closure. 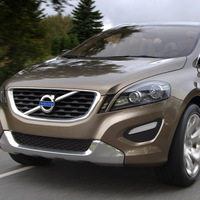 Volvo to Be Sold to China's Geely

After two months of intense negotiations with Geely, Ford said "substantive commercial terms" for a sale of Volvo had been settled, with contracts set to be signed in the first quarter of 2010. The deal, tipped to be $2bn to $2.3bn, will leave Ford nursing a large loss on the $6.45bn it paid for Volvo in 1999.

Geely, established in 1986, has production capacity of about 300,000 vehicles at six factories in China and is thought to be keen to get its hands on Volvo's technology as part of an ambition to increase in scale and expand internationally. A rival Chinese manufacturer, Beijing Automotive, recently spent $200m to buy the rights from General Motors to three vehicle platforms from troubled Saab, in a similar initiative to accelerate technological development, guardian.co.uk reports.

It was also reported, it comes at the end of a year that has seen China overtake the United States as the world's biggest auto market in a reversal of fortune that would have been unthinkable only a few years ago.

As U.S. automakers have faced deepening distress over the past two years, Chinese automakers have had preliminary talks about buying a range of assets, but those deals have been small in scope and difficult to close until now, Reuters reports.

Meanwhile, industry analyst Efraim Levy at Standard & Poor's Equity Research is one of those tapping the brakes on Ford. In a brief note Wednesday, he downgraded the company to "sell" from "hold".

The reason is simple. Levy had a $9 target price on Ford, which it hit in November. That means further gains in the share price risk getting ahead of the underlying value of the company. So maybe it's time to lock in those amazing gains.

For investors who still have a yen for U.S. auto stocks, this is a good time to bone up on GM. At some point it will again issue stock and the government, as majority shareholder, can be counted on to shamelessly spin the offer.

But that day is still months way. Until then, GM's gift to investors is its continued absence from the market, providing plenty of time to conduct due diligence on a company that, despite its warts, could replace Ford as the next momentum play in the sector, MarketWatch reports.