Monday Moody's Investors Service said it placed ratings for Chattem Inc. on review for a possible upgrade, which follows the company's announcement it is being bought for $1.9 billion by French drug developer Sanofi-Aventis SA. 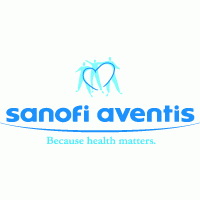 Moody's said the outcome of the review will depend on the closing of the deal and clarity around how the debt will be treated, BusinessWeek reports.

It was also reported, Mid- and small cap stocks rose on Monday, buoyed by a flurry of deals, including Sanofi-Aventis' (SASY.PA) acquisition of Chattem Inc, whose shares rose 33 percent and was the top small-cap gainer.

TreeHouse Foods' purchase of Sturm Foods, and Bucyrus International's acquisition of the mining equipment part of Terex Corp were further evidence of an uptick in mergers and acquisitions, which some investors say will brighten equities as more cash enters the market.

"You are going to see a lot more (M&A activity)," said Edward Hemmelgarn, chief investment officer of Shaker Investments in Cleveland, Ohio. "A lot of corporations have tons of money and ... they aren't earning anything, the investment income line is zero."

Both of the smaller indices hit highs for the year. The midcap index was at its highest since September 2008 while the small cap index reached levels last seen in October 2008, Reuters reports.

Meanwhile, Sanofi has been increasing its presence in the over-the-counter market this year as it seeks to offset the impending loss of sales from drugs with expiring patents. At the same time, Sanofi Chief Executive Christopher Viehbacher has made a string of modest acquisitions, rather than make a mammoth deal that would match recent moves by competitors such as Pfizer Inc.'s $64 billion deal to buy Wyeth.

Chattem, based in Chattanooga, Tenn., makes products such as Icy Hot pain-relieving patches and gel and ACT mouthwash, and posted revenue of $454.9 million in 2008.

Sanofi said the deal is likely to propel it to become the world's fifth-biggest over-the-counter drugs company by revenue, from No. 6. It estimates the world market to be worth about $20 billion a year and executives said they expect the company to outpace the market's expected annual 3% growth rate.

The French company said most of the benefits from the deal would come from expanding Chattem's products outside the U.S. Sanofi also will hand its Allegra antihistamine prescription drug to Chattem to be converted into an over-the-counter product, The Wall Street Journal reports.