Gas Prices Are Slightly Down

Energy prices rose during all week as frigid temperatures blanketed the Midwest and Northeast. However, retail gasoline prices are yet to show a corresponding increase in Tampa Bay. 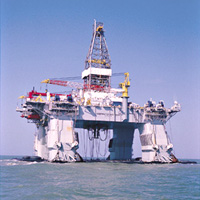 Gas Prices Are Slightly Down

Crude oil on the New York Mercantile Exchange closed last week below $70 a barrel for the first time since October, as a major winter storm pummeling the east coast pushed crude oil back up to the mid-$70s range. The U.S. Dept. of Energy reported that the country's oil, natural gas and heating oil supplies have all dropped more than expected.

“Gasoline prices haven’t risen yet because even with a decrease in oil, there is still an extraordinary amount of inventory with crude oil and gasoline stocks well above last year’s levels at this time,” said Gregg Laskoski, managing director of public relations for AAA Auto Club South in Tampa, in a release.

Prices of gas in Tampa Bay are averaging $2.56, down slightly from the average price of $2.61 a month ago but nearly a dollar more than the $1.61 price a year ago, Bizjournals.com reports.

It was also reported, Sacramento-area’s average gas price inched a half-penny higher Monday and four cents during the past week, as travelers get ready for the busy holiday season, according to the AAA’s Fuel Gauge report.

Chico-Paradise and Stockton-Lodi boast the lowest price at $2.85, while drivers buying gas in San Francisco and Santa Barbara pay about $3 per gallon, the highest price in the state.

Sacramento ’s average price is lower than the statewide figure of $2.91, Bizjournals.com reports.

News agencies also report, gasoline prices peaked at the end of October and have been edging down since.

Retail prices were flat at $2.59 per gallon Monday, according to auto club AAA, Wright Express and Oil Price Information Service. Prices have fallen 1.3 cents in the last week, and are 10 cents below the peak on Oct. 31.

The government is due to release its own gas price averages late Monday.

In London, Brent crude for February delivery fell 76 cents to settle at $72.99 on the ICE Futures exchange, The Associated Press reports.