CarMax Inc. posted a profit Friday for its fiscal third quarter and the car dealership chain said it will open three previously built stores in the next fiscal year, but doesn't plan any further store growth until the automotive market improves. 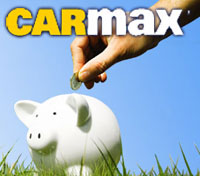 The company, which predominantly sells used vehicles, said its results benefited from stronger sales, cost-cutting efforts and gains from its financing division.

CarMax has been focused on eliminating waste and improving execution to weather the weak automotive market and better position it for future growth.

Expenses for the third quarter fell 11.7 %  to $192.1 compared with the year-ago period due to lower advertising spending and efforts to curb store and corporate overhead costs, the company said.