Ryanair rose the most in three months in Dublin trading after Chief Executive Officer Michael O’Leary said he’ll switch to a strategy of “significantly” reducing growth and capital expenditure to maximize cash to fund payments to investors. 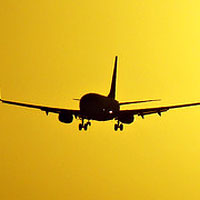 The Irish airline had been in talks with Boeing to buy 737-800 series short-haul jetliners with a list price of $1.4 billion for delivery from 2013 to 2016. The breakdown in the negotiations won’t affect an existing order for 112 737s that will arrive over the next three years, increasing the size of the fleet by more than 50 percent, Dublin-based Ryanair said.

"The company couldn’t keep growing at the same rate," said Stephen Furlong, an analyst at Davy Stockbrokers with an 'outperform' rating on the stock. "It needed to have some stabilization and move to more moderate growth. For Boeing it’s a massive order that they’ve effectively given up," Bloomberg reports.

Meanwhile, analysts said Ryanair would not be able to meet its long-term earnings target if growth slowed or ended after 2012, forcing it to eventually increase average fares. “Given the already low cost base, further significant unit cost savings will be difficult to deliver,” Arbuthnot said in a note.

Ryanair, which has thrived on consumers trading down in the recession, said its plan for receiving 112 Boeing aircraft from 2010-12 was unaffected, and it would continue to work with Boeing on the 48 deliveries scheduled for 2010.

The company had previously said a deal for 200 Boeing 737-800 aircraft for 2013-16 delivery was in doubt because the U.S. planemaker wanted to change conditions.

"It is appropriate to return these surplus funds to shareholders if we cannot use them to purchase aircraft on terms which enable us to meet our demanding return on cpital targets," Mr. O’Leary, the chief executive, said, The New York Times reports.

The budget airline has a reputation for being one of the fiercest negotiators out there.

It said money set aside to acquire the planes would be returned to shareholders but did not say in what form. The company plans to announce details of its revised business plan in the first quarter.

The Dreamliner, which is more than two years behind schedule, made its first flight earlier this week, MarketWatch reports.