The biggest price rises are likely in the main cities of Beijing, Shanghai and Shenzhen but authorities are likely to keep to a policy of broad-based sector measures to control the overall market's growth. 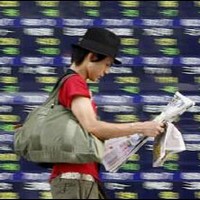 Speculative buying in some of these cities has already seen residential prices surging by as much as a third this year, analysts said.

"In the long term, there should be price increases definitely. The government is expecting that, but they don't want to see the market too volatile because it is not healthy," said Kaven Tsang, a property analyst at Moody's in Hong Kong.

"At a certain point, there will be a downward adjustment and that will also hit the public as well as the banking sector. And therefore, the government would like to control the price growth," Tsang said, Reuters reports.

In the meantime, Chinese shares fell for a fourth day Friday on worries a stronger U.S. dollar and new stock listings will further strain liquidity.

The dollar hit a three-month high against the euro on Thursday, raising worries that foreign investors might withdraw speculative money that has flooded into China in recent months.

"Investors might pull their capital from China and Asia to switch to more dollar-related assets to shield risks, after its strong rebound," said Lin Feng, an investment manager for SinoLink Securities in the western city of Chengdu.

It was also reported, property stocks have slumped this week after the Xinhua News Agency reported the government will target “excessive” growth in property prices in some cities. That follows the cabinet’s statement last week that it will re-impose a sales tax on homes sold within five years, after cutting the period to two years in January.

“We’re at the start of an all-out crackdown on the property market,” said Wang Jia, an analyst at Industrial Securities Co. in Shanghai. “The current speed of gains in property prices cannot be sustained. Local governments may also work out their own policies targeting house prices.”

China’s government set the down payment requirement for land purchases to at least 50 percent of the total price, according to a statement issued by the Ministry of Finance, the People’s Bank of China and other agencies.