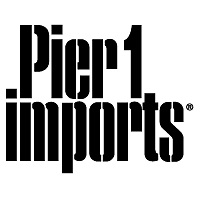 Excluding items net income was $2 million compared to a loss of $30 million for the same period last year. On average, six analysts polled by Thomson Reuters expected the company to report a loss of $0.05 per share for the quarter. Analysts' estimates typically exclude special items, RTTNews reports.

Excluding a tax benefit and other items, profit was $2.1 million.

The performance beat the predictions of analysts polled by Thomson Reuters, who anticipated a loss of 5 cents per share. These estimates typically exclude one-time items.

Sales grew 9 percent to $327.1 million from $300.9 million, with sales at stores open at least a year surging 13.7 percent. This figure is a key indicator of retailer performance since it measures growth at existing stores rather than newly opened ones.

Wall Street expected total revenue of $321.6 million for the quarter.

Like many retailers, Pier 1 has kept a close eye on inventory and expenses during the recession. The company cut its inventory to $340 million during the quarter, down from $399 million last year. It also lowered selling, general and administrative expenses to $112 million from $115 million, BusinessWeek reports.

fewer stores during the fourth quarter than it initially slated, and it expects to boost capital spending in the coming fiscal year.

Not too bad for a company that not long ago was struggling with bloated inventory, merchandise missteps and consistent losses.