More than 100 million Europeans will get to pick a Web browser after Microsoft agreed to offer Internet users a choice . 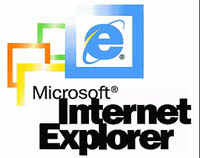 In a deal with regulators Wednesday, Microsoft Corp. will from March provide a pop-up screen to all users of its Windows operating system, asking them to choose one or more of five major browsers — including Microsoft's Internet Explorer, Google's Chrome and Apple's Safari — and seven smaller rivals.

In return, the European Commission will drop charges it filed against Microsoft in January, when it said tying Internet Explorer to Windows — already-installed on most computers — gave the browser an unfair advantage. That was the latest in a long list of concerns — in more than a decade of EU antitrust action, Microsoft has been fined euro1.7 billion.

Microsoft is not totally out of the woods yet, as it can still be fined up to 10 percent of yearly global turnover without regulators having to prove their case if it doesn't stick to its commitment for the next five years.

The EU is also still investigating a complaint that Microsoft isn't sharing enough technical information that would help developers make compatible products; regulators reacted coolly to Microsoft's offer Wednesday to provide developers more information to make their products compatible, saying they would check to see if it does help rivals.

The U.S. Department of Justice welcomed the deal which it said could enhance competition. It investigated Microsoft during the 1990s for trying to squeeze browser rival Netscape and settled the case in 2002 in a deal ordering the company to share some data with rivals.

However, U.S. regulators did not follow up more recent complaints, leaving the EU as the most active global antitrust enforcer probing Microsoft's move into server, media and Web software.

Google said more competition among browsers would boost innovation and promote a shift to "cloud computing" where people use Internet-based applications to perform tasks that they now do offline — often using Microsoft programs for word processing or bookkeeping.

Meanwhile Mozilla — the maker of Internet Explorer's nearest challenger, Firefox — said it was happy to see that the EU deal would stop Microsoft repeatedly prompting users to switch from other browsers to Internet Explorer

Internet Explorer has some 64 percent of the global browser market, followed by Firefox at nearly 25 percent, Apple's Safari at 4 percent and Google's Chrome at 3.9 percent, according to figures from Net Applications. Opera's share is just over 2 percent.

Most European users of Windows XP, Vista or 7 will get the new choice screen from Microsoft's automatic updates if they have Internet Explorer installed as their default browser. Users outside the 30 countries in the European economic area — the 27-nation EU plus Norway, Iceland and Liechtenstein — won't get the update.

Users will see a box that asks them to find out more about browsers before they click to download one or more of them. They can close the box to keep Internet Explorer if they want.