Nexus One to Weaken Android

The Google has finally acknowledged its Phone's existence. The company said it has given mobile phones using its Android operating system to its employees. 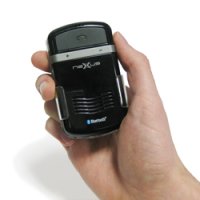 Nexus One to Weaken Android

Google remained circumspect about plans for the Google Phone, called Nexus One internally, but it discussed the device on a company blog over the weekend.

"At Google, we are constantly experimenting with new products and technologies and often ask employees to test these product for quick feedback and suggestions for improvement," Google said. "We recently came up with the concept of a mobile lab, which is a device that combines innovative hardware from a partner with software that runs on Android to experiment with new mobile features and capabilities."

While various versions of Android-powered handsets -- offered by carriers -- have been selling well, they lag behind sales for RIM Blackberries and Apple iPhones. A Google phone, marketed by Google without the assistance of mobile phone service providers, could appeal to customers interested in prepaid plans, which have been rapidly gaining customers in recent months. The Google device is reported to be manufactured by Taiwan's HTC, which makes hardware for several popular mobile devices, InformationWeek reports.

It was also reported, the only reason we know officially about the Google phone's existence is that Google said its employees are trying the phone out. All Things D reports from anonymous sources that T-Mobile will carry the Nexus One, but not exclusively, and according to the Wall Street Journal, Google will sell an unlocked version on its Web site. Still, it's unconfirmed that the phone will ever be sold to the public.

A phone free of wireless carriers' control opens lots of doors. Without a two-year contract, you could freely switch between carriers. You could even deactivate the phone for extended periods, say, if you were spending a few months abroad and wanted to leave the phone behind.

But even those things hinge on how much the Google phone would cost in unsubsidized form. $200? Wonderful. $300? Reasonable. Anything more, and the cell phone business model as we know it remains not revolutionized. And if that's the case, the Google phone, is nothing to go crazy over, PC World reports.

News agencies also report, the forthcoming Google "Nexus One" smartphone could weaken the Android smartphone operating system by further complicating purchase decisions for business and personal customers. Not all Android phones are alike, and that creates a problem.

The HTC-made "Googlephone," now being tested by Google employees, may represent another fracture in the already fractured world of Android, the Google-written open source operating system for wireless handsets, most notably the Motorola Droid (at least so far).

Each fracture, created when a smartphone vendor goes off in their own direction, makes Android a more difficult purchase, as well as more difficult to develop applications for, PC World reports.