OAO Lukoil and partner Statoil ASA won the bidding for rights to develop the "super giant" West Qurna phase two crude deposit, the largest in today’s second- round of bidding by foreign investors. 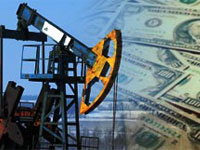 The group offered to boost output to 1.8 million barrels a day for a fee of $1.15 per barrel, according to data from the licensing round. Lukoil’s offer beat bids by groups headed by BP Plc, Total SA and Petroliam Nasional Bhd., or Petronas.

"There’s so much riding on West Qurna," said Kyle Stelma, managing director for emerging markets at Dunia Frontier Consultants, which has offices in Washington and Dubai and advises clients on doing business in Iraq. The auction can be considered a “qualified success” following today’s bids, Bloomberg informs.

Lukoil had signed a $3.7 billion contract with Saddam to develop the field in 1997, but the Iraqi dictator canceled the contract in 2002. The Russian hoped they would be able to revive the deal after the 2003 U.S.-led invasion that toppled Saddam. Following that war, Moscow wrote off most of Iraq's $12.9 billion in debts.

Also Saturday, Petronas linked up with Japex to reach a deal on a smaller field in the southern province of Nasiriyah, The Associated Press reports.