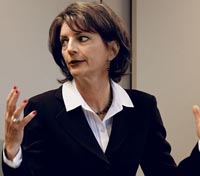 The price tag is less than what had been discussed recently. Some had previously told reporters that the business could fetch up to $700 million.

For the fiscal year ended in June, Ambi Pur had sales of about €260 million. The unit's portfolio includes plug-in and stand-by air fresheners, aerosol spray and toilet-cleaning products.

Sara Lee said Friday the deal helps the company focus on its core food and beverage businesses, "where we have a strong competitive position and can generate superior shareholder returns," said Chairman and Chief Executive Brenda C. Barnes. The company is currently trying to divest from its household and body-care businesses. It also said it's receiving "strong interest" in the remainder of its household business.

P&G said the deal, which shouldn't have a material impact on the company's results this year, helps it extend its reach globally. Ambi Pur has a presence in more than 80 countries, and the acquired toilet-care products have a "strong presence in Western Europe and Asia."

The deal is expected to close by midyear. Among the other reported suitors for the business was privately held S.C. S.C. Johnson & Son Inc., maker of cleaning products ranging from Glade air fresheners to Windex.

In October, P&G said its fiscal first-quarter earnings fell 1%, but the company raised its full-year projections, signaling its efforts to boost sales might be paying off.