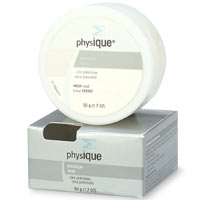 Ambi Pur air freshener will help Procter & Gamble expand in Europe, Australia, Africa and some countries in Asia. The brand, which includes toilet-cleaning products, is sold in 80 countries, P&G said today in a statement. Ambi Pur had sales of 260 million euros in the year ended in June, P&G said.

Sara Lee has been shedding units to focus on coffee and food. The company said in March it was considering selling the household and body-care brands. Unilever NV agreed in September to buy the body-care and European detergent unit for $1.88 billion, Bloomberg reports.

Meawhile, The Business Courier reported in October that P&G could be interested in acquiring some of Sara Lee’s international household business, which the company had put up for sale. P&G also manufactures Febreze, a line of air freshener products that is sold in North America and Europe.

P&G said the acquisition will not have a material impact on its fiscal 2010 results.

It was also reported, Sara Lee said Friday the deal helps the company focus on its core food and beverage businesses, "where we have a strong competitive position and can generate superior shareholder returns," said Chairman and Chief Executive Brenda C. Barnes. The company is currently trying to divest from its household and body-care businesses. It also said it's receiving "strong interest" in the remainder of its household business.

P&G said the deal, which shouldn't have a material impact on the company's results this year, helps it extend its reach globally. Ambi Pur has a presence in more than 80 countries, and the acquired toilet-care products have a "strong presence in Western Europe and Asia."

The deal is expected to close by midyear. Among the other reported suitors for the business was privately held S.C. Johnson & Son Inc., maker of cleaning products ranging from Glade air fresheners to Windex, CNNMoney.com reports.