AOL to Take Care of its Services Alone

Beginning Wednesday, AOL starts a new chapter, attempting to create the company’s digital advertising and content publishing businesses and recast AOL as a digital media company rather than an Internet access provider. 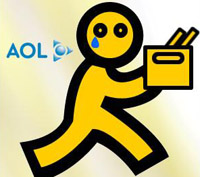 AOL to Take Care of its Services Alone

AOL and Time Warner Inc. officially parted ways as Time Warner shareholders of record as of Nov. 27 received their allotment of shares in the new independent AOL.

AOL, L.L.C. (formerly known as its callsign meaning America Online) is an American global Internet services and media company operated by Time Warner. It is headquartered at 770 Broadway in Midtown Manhattan, New York City. Founded in 1983 as Quantum Computer Services, it has franchised its services to companies in several nations around the world or set up international versions of its services.

AOL is best known for its online software suite, also called AOL, that allowed millions of customers around the world to access the world's largest "walled garden" online community and eventually reach out to the internet as a whole. At its zenith, AOL's membership was over 30 million members worldwide, most of whom accessed the AOL service through the AOL software suite.

Time Warner announced on May 28, 2009 that it would spin off AOL into a separate public company, which will occur on December 9, 2009, ending the 8 year relationship between the two companies.

On November 23, 2009, AOL unveiled a sneak preview of a new brand identity which has the new logo Aol. sumperimposed onto figures (e.g., a goldfish, a rainbow, a tree, a postcard). The new identity is scheduled to be implemented onto all of AOL's services on December 10, 2009, right after TimeWarner splits from AOL.

Washington Business Journal has contributed to the report.