According to the Office for National Statistics, Britain's goods trade deficit with the rest of the world widened in October. 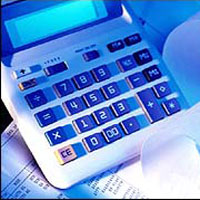 Imports rose more than exports, an unexpected move given the weakness of the pound, which makes foreign-made goods more expensive in the UK.

The deficit in goods and services was £3.2bn compared with £3.1bn in September, the Office for National Statistics said.

The deficit on trade in goods grew by £0.2bn to £7.1bn in October, the largest deficit since January, BBC News reports.

Meanwhile, the goods trade gap with non-EU countries narrowed slightly more than expected to £3.53bn from September's £3.77bn, broadly in line with forecasts for a deficit of £3.6bn.

Excluding oil and erratic items, the seasonally adjusted volume of exports was 3.8% higher and the volume of imports was 4.3% higher in October, compared with September.

Britain's oil deficit narrowed to £92m in October, the smallest since May, helped by growth in exports which were boosted as maintenance work on North Sea oil rigs came to an end. Oil imports also fell slightly.

Vicky Redwood, UK economist at Capital Economics, said: "October's UK trade figures suggest that the external sector is still playing little, if any, role in helping the UK to escape recession. Instead of reversing some of September's sharp widening as expected, the trade deficit in fact grew even further, guardian.co.uk reports.

It was also reported, David Kern, chief economist with the British Chambers of Commerce, warned: "Imports continue to grow more rapidly than exports, and it is clear that the much-needed rebalancing of the UK economy is not happening."

The October figures showed the UK's deficit with European Union countries widening by £400 million to £3.6 billion, although the gap with other countries narrowed by £200 million.

The less volatile quarterly data also showed the goods deficit increasing by £900 million to £20.2 billion in the three months to October compared with the quarter to July.

Vicky Redwood of Capital Economics said: "We are still hopeful that the lower pound will eventually provide more of a boost, especially if the global recovery continues to pick up speed.

"But for now, there are few signs that the lower pound is giving the UK recovery much of a helping hand," The Press Association reports.