Tuesday Wells Fargo & Co. Chief Executive John Stumpf told investors at the Goldman Sachs U.S. Financial Services Conference in New York that Wells Fargo intends to repay the funds in "a shareholder-friendly manner." When asked for more specifics by two audience members, Stumpf said, "I think what I said in my presentation answers the question." 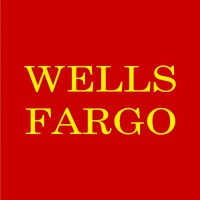 He declined to describe the San Francisco bank's plan for when, and how, it intends to pay back its $25 billion in TARP funds.

Bank of America Corp. (BAC) said last week it would repay its $45 billion in taxpayer funding and investors have since then been curious to know if and when Wells Fargo plans to do the same. Wells Fargo reluctantly accepted its own funds last year from the U.S. Treasury's Troubled Asset Relief Program.

One investor asked Stumpf whether regulators are demanding higher capital ratios from the bank, which could force Wells Fargo to raise capital, either by selling new shares or holding onto profits.

"I have not read anything about new capital ratios," Stumpf said, The Wall Street Journal reports.

News agencies also report, John Stumpf reiterated on Tuesday that his firm wants to repay the government's TARP investment, but he didn't provide any more details. "Let me reiterate what I said in the past," Stumpf said. "From our perspective we want to repay TARP as soon as practical and in a shareholder friendly way. But as you know, this is a two party agreement. In the meantime we will continue to extend credit consumers to customers and grow capital organically through earnings," he said at the Goldman Sachs Financial Services Conference in New York. Earlier on Tueday, the Wall Street Journal reported that Wells, according to people familiar with the matter, is wrestling with the U.S. government over how much capital the banks will be required to raise to exit from TARP, MarketWatch reports.

It was also reported, San Francisco-based Wells entered the Florida market last year with its buyout of troubled Wachovia Corp.

Citigroup has deposits of $8.9 billion at 52 branches in Florida.

As the financial sector has stabilized, the projected price tag of the bailout program has fallen by $200 billion, government officials reported this week.

The White House has proposed using the "windfall" as jobs-creation stimulus, but some in Congress suggest it should be used to reduce the deficit, Orlando Sentinel reports.