"It's not good if we stick too much to the 44 trillion yen goal and it hurts people's livelihoods. But I would like to keep it as our objective," Hatoyama told reporters. 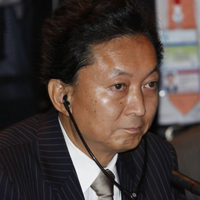 Many in the government want to limit bond issuance as the country's ballooning public debt is projected to hit 200 percent of gross domestic product (GDP) in 2010/11, by far the highest among major developed countries, Reuters reports.

Meanwhile, Japan is experiencing mild deflation and while the economy is expected to gradually pick up, the foundation for growth is weak.

Excessive volatility and disorderly moves in currency rates would do serious harm to the economy. The government will therefore carefully monitor exchange-rate moves.

The government and the Bank of Japan agree on the need to overcome deflation, and will work together to ensure an economic recovery. The government hopes the BOJ will support the economy with appropriate and flexible monetary policy, Reuters reports.

It was also reported, Hatoyama’s first stimulus plan includes 3.5 trillion yen to help regions, 600 billion yen for employment and 800 billion yen on environmental initiatives, the Cabinet said today in a statement in Tokyo. The measures had been delayed because of haggling within the coalition government.

The package came a week after the Bank of Japan released a 10 trillion yen credit program in response to government calls for it to counter deflation and a surging yen. Analysts said today’s measures may provide at least a temporary boost for the world’s second-largest economy, which emerged from its worst postwar recession in the second quarter.

"I give it 50 points out of 100," said Masaaki Kanno, chief economist in Tokyo at JPMorgan Securities Japan Co. and a former central bank official. The package “will be effective in easing strains on an economy struggling with deflation and a lack of demand, but it won’t boost growth potential in the medium to long term.”

The yen has weakened since climbing to a 14-year high of 84.83 against the dollar on Nov. 27. The Japanese currency traded at 88.83 at 2:20 p.m. in Tokyo from 88.99 before the announcement. The Nikkei 225 Stock Average fell 0.5 percent, heading for its first decline in more than a week, Bloomberg reports.