TARP Money to Be Used for Job Creation

The improvement in the Troubled Asset Relief Program, known as TARP, comes largely from the recovery of banks, which along with other financial institutions now are projected to repay about $175 billion of the $370 billion the government gave them as part of the bailout efforts beginning in October 2009, according to a Treasury official, who spoke on condition of anonymity because the report had not yet been formally released. Just last week, Bank of America, one of the largest recipients of TARP money, announced it would repay the entire $45 billion it had received. 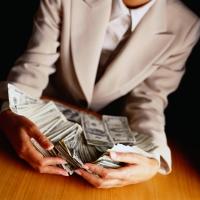 TARP Money to Be Used for Job Creation

In the summer, the Obama administration projected outstanding money from TARP would add $341 billion to the federal budget deficit. The administration now estimates the figure will be about $141 billion because of more repayments from banks and fewer new outlays of money , The Los Angeles Times reports.

It was also repoted, banks have paid back $71 billion so far, and a planned repayment by Bank of America Corp. would bring that figure to $116 billion. Treasury Secretary Timothy Geithner said in an interview last week that he expects the TARP to get as much as $175 billion in repayments from banks by the end of 2010.

“The fact that they are spending less TARP money means that recovery is better and stronger than expected, and that’s all positive for growth,” said Mitul Kotecha, Hong Kong-based head of global foreign-exchange strategy at Calyon, the investment banking unit of France’s Credit Agricole SA. “It shows that things are progressing in the right direction.”

The financial bailout program, begun under President George W. Bush, has drawn fire from critics in Congress who say the government has done more to help Wall Street banks than average Americans. Last month Republican Representative Kevin Brady of Texas told Geithner he should resign during a hearing of the Congress’ Joint Economic Committee, Bloomberg reports.

News agencies also report, the $1.4 trillion budget deficit has ballooned as the U.S. borrows vast sums of money. But with unemployment at 10%, the administration is also under pressure to find ways to create new jobs. Lowering deficit projections could help alleviate concerns that a new jobs bill would further inflate the deficit.

President Barack Obama is expected to raise the idea of using repaid TARP funds for a jobs bill in a speech he plans to give on Tuesday. On Friday, White House press secretary Robert Gibbs acknowledged that repaid bailout money is "certainly being looked at" for a jobs bill.

Many Republicans are opposed to recycling TARP funds for a jobs bill, calling instead for the money to go toward reducing the deficit. House Minority Leader John A. Boehner (R., Ohio), on Bloomberg television Friday, called it "the worst idea" he had ever heard, The Wall Street Journal reports.