Ofgem, UK energy regulator, has warned gas suppliers that prices charges to households should be cut if the price of wholesale gas continues to fall. 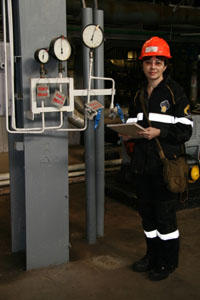 "Ofgem’s role is to ensure that companies can invest, but do not use investment as a shameful excuse to overcharge consumers," Alistair Buchanan, the chief executive of Ofgem, said.

He added that a new investigation into retail prices will be launched in the New Year and Ofgem "will not shy away from proposing radical reform to protect the interests of consumers."

Earlier, the regulator indicated electricity bills will rise by more than expected after it gave the 14 electricity distributors some respite in its final price review for the five years starting in April, ShareCast reports.

Meanwhile, householders who pay for gas and electricity by cash, cheque or prepay have been overcharged by almost £2bn and are entitled to refunds, according to an energy charity. But taxpayers, not energy providers, would foot the bill.

Paying by cash or cheque costs the average household £268 a year more than if they had signed up to an online tariff and paid by direct debit. Yet, claim lawyers and charities, this extra charge does not reflect the true cost to the energy companies of processing cheques and cash, and should not have been allowed under EU law.

"We estimate 8.6 million customers who pay by cash or cheque were charged about £1.4bn too much between 2006 and 2009," says Ron Campbell, head of policy and information at the charity National Energy Action. "On average these customers paid £40 per year more than they should have."

Age Concern and others are calling for test cases to be brought to ensure victims of overcharging get their money back. People who use prepay meters may be entitled to compensation too, meaning more than half the UK's 25 million households could be affected, guardian.co.uk reports.

It was also reported, Ofgem chief executive Alistair Buchanan said: "Our proposals are tough on inefficiency and poor service but are fair in allowing the companies to invest to replace ageing network assets and in improving the environment."

The £7.2 billion investment programme - 8% less than the companies asked to spend - also includes a £500 million fund for projects which tackle climate change.

But the regulator's decision also raised the ire of some electricity firms pushing for a bigger allowed return to encourage outside investment and fund spending on the network.

Scottish & Southern Energy (SSE) said the returns allowed were "significantly below" previous settlements from the watchdog. "Moreover, these were all set before the reassessment of risk and the cost and availability of finance that has characterised global financial markets in the last 18 months," the firm added.

SSE also complained Ofgem's decision was harsher than the final determination of water industry regulator Ofwat last month and could lead it to "reassess its appetite for further investment in, and acquisition of, electricity distribution and transmission assets", The Press Association reports.