Sprint May Loose its Advantageous Position

A national advertising controller has grounds to prove that Sprint Nextel Corp. is not  "America's most dependable 3G network." 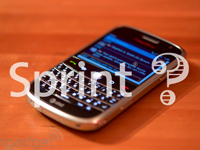 Sprint May Loose its Advantageous Position

The National Advertising Division of the Council of Better Business Bureaus made the recommendation following a challenge to Sprint's ads by rival Verizon Wireless.

The division said the most recent tests by the researcher Nielsen Co. showed Verizon had fewer calls blocked or dropped than Sprint. Sprint argued that reviewers should look at more than one set of tests to avoid one-time events like weather or bad cell towers.

Sprint, based in Overland Park, Kan., stands by its claims and says it will appeal to the National Advertising Review Board.

AT&T Inc. recently challenged Verizon Wireless over ads claiming it has wider coverage than AT&T, according to The Associated Press' report.