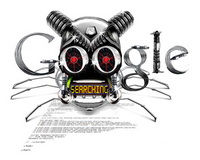 The talks with Microsoft are still at an early stage and may not result in an agreement, said the people, who declined to be identified because the discussions are private. Redmond, Washington-based Microsoft is also talking to other publishers, one of the people said.

Microsoft is seeking exclusive content to draw users to its Bing search engine in an industry dominated by Google, which has about six times as many U.S. users. News Corp. Chairman and Chief Executive Officer Rupert Murdoch said this month he may block Google from scanning and indexing stories from his newspapers, which include the Wall Street Journal and Times of London.

The Wall Street Journal charges users for access to its Web site. Murdoch has said he plans to start online subscriptions for all of News Corp.’s newspapers, Bloomberg reports.

Meanwhile, the central struggle of monetizing online news is that ad rates for web pages are significantly worse than the print ad rates that once buttressed newspapers. So for a newspaper publisher like Murdoch, big online traffic helps, but it doesn't pay for a sprawling roster of reporters and editors. Somebody's gotta break the tyranny of revenue-light banner ads, eventually. You can go the Daily Beast model and try to infuse online ads with a dash of glamour to drive up premiums and juice click-through rates. You can go the Financial Times/WSJ model of combining limited free content with paid registration for full access. Or you can think outside the box, turn off Google and get another search engine to pay you for exclusive rights to your content.

Would Murdoch lose traffic with this gambit? Oh you bet. By "turning off" Google, WSJ could, by one estimate, lose 25% of its page views -- although that number doesn't take into account any increase in traffic from the Bing deal. But remember, big traffic numbers are a fig leaf. Ryan Chittum of the Columbia Journalism Review found that this 25% Google crowd accounted for less than $12m a year in advertising. If Murdoch can get a better deal with Bing -- at a time when Bing might be desperate to increase its news integrity -- then we should take this threat seriously.

As a coda, Jeff Jarvis thinks this idea is suicide, and I think Jeff Jarvis is wrong. His critique of Google-blocking is all about traffic, and that's crazy, because nobody in his right mind thinks that online traffic is going to save the New York Times, or the Washington Post or the Wall Street Journal. Just ask them! Jarvis doesn't mention ads or ad rates in this article, and he uses the word revenue once in reference to About.com. He's not engaging with the central problem, which is that today's online ad rates can't save journalism, Atlantic Online reports.

In 2006, Microsoft was criticized for deleting a politically-sensitive blog written by a China-based journalist. A Microsoft spokesman deferred comment to the trade association TechAmerica - which also includes Google, and has lobbied on the GOFA legislation.