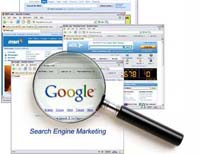 Google has bought a Silicon Valley startup that customizes the online billboards known as display advertising.

The acquisition of Teracent is another example of how Google is trying to become a bigger player in the Internet's display advertising market.

Google so far has made most of its money from short text messages placed alongside Internet search results and other Web content.

Teracent, which is based in San Mateo, Calif., was started in 2006 by Vikas Jha. He's a former engineer at one-time Google rival Inktomi.

Google, which is based in nearby Mountain View, hasn't disclose financial terms of the deal announced Monday, according to the Associated Press'  report.