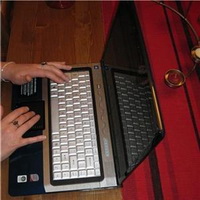 The legislation, which aims to realise the commitments set out in Lord Carter’s Digital Britain White Paper published in June 2009, has failed to specify a date for FM radio stations to be upgraded to DAB. This is despite a target date of 2015 having been set by Lord Carter’s report. Instead the legislation concentrates on “providing arrangements to help ensure that radio stations and infrastructure are prepared for digital switchover” – prompting accusations of a u-turn by both the Government and the radio industry as a whole.

A senior radio industry source said: “It is obvious a 2015 date will probably not be reached. This is despite the radio industry having lobbied the Government hard to set a date for digital radio switchover - so there was a strong signal to consumers to let them know when to upgrade their radio sets by. And they wanted a date which was as early as possible. This should be viewed as a complete u-turn by the radio industry - which has been in continual discussions with the Government throughout the bill being created,” Telegraph.co.uk reports.

It was also reported, in a Friday morning briefing, Stephen Timms, the minister heading up the bill's passage into law, said: "If you look at the ISPs who serve the great majority of the UK... there is a reasonable measure of acceptance of the way we are proposing to do it.... I think BT is comfortable with what we're proposing."

Shortly afterwards, the ISP Association (ISPA), which represents UK ISPs, issued a statement saying it "strongly opposes" the measures proposed by the government — measures, such as repeatedly notifying users that they are suspected of sharing copyrighted material, that ISPs would have to fund.

"ISPA members are extremely concerned that the bill, far from strengthening the nation's communications infrastructure, will penalise the success of the internet industry and undermine the backbone of the digital economy," the industry group said.

Nicholas Lansman, ISPA's general secretary, said in the statement that the government's proposals were "being fast-tracked... and will do little to address the underlying problem", Brand Republic reports.

Meanwhile, Feargal Sharkey, chief executive of UK Music, the umbrella organisation that represents artists, musicians, songwriters, managers and publishers, added that "the clear purpose of this bill is to move everyone forward".

"Our focus is not to disconnect, but to reconnect. To reaffirm and recognise the value of creative works, both to individuals and to the UK economy. However, for this market to evolve and flourish there must be breathing space to allow all sides to adapt," Sharkey said.

"Government intervention can provide that impetus. In this wider context, our industry continues to develop and partner with emerging digital services. ISPs and tech companies must work with us, and it is imperative that we reach out together to genuine fans of music."

Artists also added their voices in welcoming the bill. "At long last, the government, led by Peter Mandelson, is looking to legislate to protect the industry," said James Blunt. "He's looking to engage the ISPs, who in my opinion handle stolen goods, and should take much more responsibility," guardian.co.uk reports.