Canon Inc. announced a takeover bid worth 730 million EU (1.1 billion dollars) for Oce. The both parties are quite satisfied with the deal. 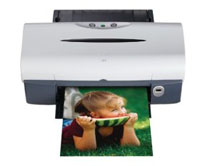 Canon Inc.is a multinational corporation that specialises in the manufacture of imaging and optical products, including cameras, photocopiers, steppers and computer printers. Its headquarters are located in Ōta, Tokyo, Japan.

Océ NV is a Netherlands-based company that manufactures and sells production printing and copying hardware and related software. Océ N.V. has been a listed company since 1958 and is the holding company for the international Océ Group. This group has operating companies in 25 industrialised countries. The Group has around 24,000 employees globally and gross income of over $3.5 billion per year. Over a third of its income comes from the North American market. The Océ headquarters is located in Venlo, the Netherlands.

Canon will offer 8.60 EU in cash for each Oce share, aiming to take full ownership of the company, whose management fully supports the bid, according to a joint statement.

There will be no worker redundancies as a result of the offer, which has already been accepted by several major shareholders and will result in a merger of the two companies' printing activities, it said.

Canon and Oce aim "to create the overall number one presence in the printing industry."

"The combined organisation provides us with access to a huge sales network in Asia as well as mutual cross selling opportunities in Europe and the United States," he added.

Canon has enjoyed strong sales of digital single-lens reflex cameras in recent years, but its sales of photocopiers and precision machinery have been hit hard by the global economic downturn.