Google to Buy AdMob for $750 Million 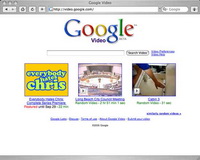 Google to Buy AdMob for 0 Million

The all-stock deal announced Monday also represents the latest sign that Google's leaders are feeling better about the economy's direction, encouraging them to spend more freely after clamping down through much of this year.

Once it closes within the next few months, the AdMob acquisition would become Google's most expensive purchase since it bought online ad service DoubleClick for $3.2 billion in March 2008.

It took a year to close the DoubleClick deal, far longer than Google anticipated, as U.S. antitrust regulators took time before deciding the DoubleClick combination wouldn't stifle competition in the online ad market. Google expressed confidence that antitrust regulators won't need as long to vet the AdMob deal because there are still several other mobile ad networks from which to choose, The Associated Press reports.

Google's advertising business generates nearly all of the company's $22 billion in annual revenue, but Google has been constantly adding to its smorgasbord of free services and applications to draw in the audiences that are valuable to advertisers.

Among search engines, Google has become a household name and receives nearly two-thirds of U.S. Web search queries. But the company has been expanding into dozens of other industries, enabling users to find books, send e-mail, make phone calls and watch video -- services that cost money before the rise of the Web.

But as Google's free products have disrupted one industry after another, questions have mounted about whether its rapid expansion is catalyzing competition or crippling it.

It was also reported, Google will now be able to offer a unique shopping experience to advertisers, facilitating advertisement both on websites as well as mobile phones, including mobile phones using the Adroid platform.

Though Google has DoubleClick Mobile, an ad delivery system for mobile websites, it doesn’t have its own ad network. It depended on various ad networks including AdMob. The buying of AdMob would allow Google to have direct control over its mobile ad delivery service, which would benefit the advertisers.

Google could have developed the technology on its own, but that could have been time consuming. Acquiring the readymade set up, the company is very optimistic about the innovations and product developments that this deal could lead to.

As is always the case, Google expects some government scrutiny in the U.S. on this deal. The company is ready to face the tiny consequence for its huge impending success, The Money Times reports.