Yen Progresses and Than Goes Back

The yen's advance against the dollar on Monday had buffeted the Tokyo financial markets, sending the Nikkei stock average .N225 to a two-month low and fanning deflation concerns. 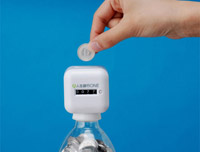 Yen Progresses and Than Goes Back

But the yen retraced its gains on Tuesday after Japan's finance minister said intervention was possible in extreme cases. The dollar hovered around 90 yen after retreating to 88.23 yen on trading platform EBS on Monday.

A stronger Japanese currency reduces the cost of imported goods, which in turn can push down consumer prices and fuel deflation.

The latest data showed that deflationary pressure continued to mount with Japan's core consumer prices falling a record 2.4 % in August from a year earlier.

But analysts said two- and five-year JGB yields, already hovering just above four-year lows, had little room to fall further despite deepening deflation unless the Bank of Japan were to ease its already loose monetary policy even more.

The outcome of Tuesday's 0.2 % coupon 2.4 trillion yen ($26.7 billion) two-year JGB auction suggested that investor demand for short term paper, which has been solid under the Bank of Japan's easy policy, is likely to remain firm in the foreseeable future but may not increase much further from current levels.

The bid-to-cover ratio at the auction, a gauge of demand, dipped to 2.49 from 2.94 at the previous auction.

The outcome was still decent considering the circumstances, said Katsutoshi Inadome, a fixed-income strategist at Mitsubishi UFJ Securities, as the 0.2 % coupon was the lowest since the December 2005 issue.

Yields of longer dated maturities are in theory seen to have scope for further declines under deflationary conditions. But caution towards a potential supply increase expected to fund the government's supplementary budget later in the fiscal year have prevented a sharp drop in yields.
The 20-year yield JP20YTN=JBTC rose 2.5 basis points to 2.025 percent after hitting a 2-½ month low of 2.000 % on Monday.

The two-year/20-year spread widened to 180.5 basis points from 178 basis points on Monday, its tightest in two months.

Deflation is not good for inflation-linked JGBs, which were sold heavily during the financial market turmoil a year ago as foreign investors dumped the instruments in a scramble to secure cash.

The break-even-inflation (BEI) rate, the difference between yields on benchmark 10-year JGBs and those on linkers of the same maturity, sank below minus 3 percent at the start of the year before edging steadily back toward minus 1 percent this month as financial market conditions have improved. But JGB dealers and investors have asked the MOF to continue its buy backs of outstanding linkers to prop up the market.

The linker market still lacks liquidity and analysts said the negative BEI, which some see as a representative of expected future price levels, can be partially attributed to the liquidity premium required on these instruments, according to Reuters'  report.