Joltid Ltd, the founders of Skype, have sued owner eBay Inc and an investor group, that has agreed to buy the Webphone service. Joltid Ltd accused them of copyright violation and potentially disrupting the $1.9 billion deal. 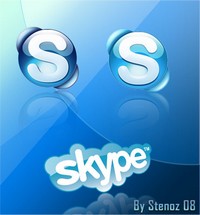 The lawsuit brought by Joltid Ltd, a Swedish firm owned by Skype founders Niklas Zennstrom and Janus Friis, says Skype used its technology without authorization. It comes on the heels of a legal dispute between Joltid and Skype in Britain over software rights.

Filed in Northern California U.S. District Court this week, the latest suit seeks a permanent injunction against Skype and damages. EBay has denied the allegations.

Joltid believes damages are piling up at a rate of more than $75 million a day.

Ebay licenses peer-to-peer technology from Joltid for Skype, but has begun to develop its own alternative software given the uncertain outcome of pending litigation with Joltid, Reuters reports.

It was also reported, four years ago, Swiss venture capital firm Index Ventures became one of the first backers of Skype. Now, just two weeks after Index and a group of private investors agreed to buy 65% of the Internet calling service from eBay, the VC firm has been drawn into a messy legal battle with Skype’s founders.

Allegations from Zennström and Friis have been a monkey on eBay’s back ever since March, when the pair’s company Joltid filed a lawsuit that would prevent eBay from using the core technology that makes the Internet calling service work, and which eBay had been licensing from Joltid since purchasing Skype in 2005. That lawsuit is scheduled for trial next year in a British court. “The first suit said ‘every time somebody downloads the Skype program, you are stepping on our intellectual property.’ Now they are saying ‘we’re going to charge you for it,’” says Randy Katz, partner of law firm Baker Hostetler, which is not affiliated with any of the plaintiffs or defendants.

Earlier this year, eBay disclosed in a 10-Q regulatory filing that it was in the process of building a replacement to the to peer-to-peer technology it licenses from Joltid, a sign it may be prepared to lose the court battle. No further details about the status of that project have emerged, and it’s unclear what eBay and Skype’s buyers would be left with if the substitute doesn’t come to fruition and Zennström and Friis prevail.

The legal uncertainty surrounding Skype was enough to cause eBay to stipulate in the sale agreement that it will be responsible for half of any fees that result from the court battle, even after Skype officially changes hands. “They sold 65% of the company and retained half of the liability,” says Todd Wade, partner of St. Louis-based law firm Bryan Cave, BusinessWeek reports.

An eBay spokesman refuted the charges.

MarketWatch quoted him as saying, "Their allegations and claims are without merit and are founded on fundamental legal and factual errors. We remain on track to close the [Skype stake sale] transaction in the fourth quarter of 2009," MarketWatch reports.