The yen fell against the euro and the dollar as a rebound in Chinese stocks allayed concerns that the global economic recovery is faltering, encouraging investors to buy higher-yielding assets. 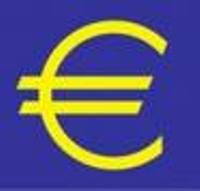 The euro also rose from near a five-week low versus the Swiss franc on expectations Europe’s manufacturing and service industries contracted at a slower pace, backing the case for the European Central Bank to keep interest rates steady. The pound traded close to a one-week high against the dollar on economist estimates that U.K. retail sales gained in July for a second month, adding to signs the nation’s recession is abating , Bloomberg reports.

While some investors have seen the Shanghai slide as a worrying sign about the outlook for the Chinese economy -- among the strongest to power out of the global recession -- many China watchers have argued that investors should not read too much into daily swings. [ID:nSP486694]

The Shanghai index is still up more than 50 percent so far this year, despite falling some 20 percent in just two weeks.

Some market watchers suspect that state-owned companies may have shifted loans received earlier in the year -- tied to the more than $1 trillion of new bank lending in the first half of the year -- into stocks and now they are taking out those funds to put into stimulus-related projects , Reuters reports.

Market rumors also spread through the session that Washington might have gotten closer to gestating a second round of economic stimulus - a notion that seemed less than practicable given that Congress is out of session , Barron's Blogs reports.