Department store chain Kohl's Corp reported a better-than-expected quarterly profit on Thursday as it drew shoppers to its stores with cheaply-priced and trendy merchandise. 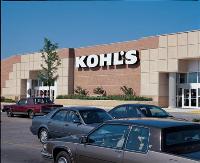 Analysts on average had expected a profit of 74 cents a share, according to Reuters Estimates , Reuters reports.

Meanwhile, retailers have continued to struggle amid a downturn in consumer spending. Though some signs of improvement have surfaced in recent months, they may have more to do with cost-cutting and inventory-reductions than with shoppers spending more money. Consumers have been buying mostly basic items, although Kohl's said last week it saw strong same-store sales growth in the accessories, home and footwear categories.

President and Chief Executive Kevin Mansell said in May the difficult economy was helping the company gain market share from competitors, but warned the effects of the recession could still be felt. He reiterated Thursday that results indicated market-share gains and said the company continues to improve inventory management and margins , Wall Street Journal reports.

However, analysts forecast profit of 74 cents per share on revenue of $3.79 billion.

Analysts expect earnings of $2.78 per share , The Associated Press reports.