Ford, Hyundai and Subaru Report Increases from Year Ago 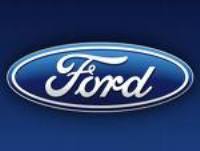 Ford, Hyundai and Subaru Report Increases from Year Ago

Other automakers also appeared to benefit from the trade-in stimulus, but not necessarily to the same degree. Honda Motor Co., for example, said its sales declined 17 percent in July. That's still a marked improvement over previous months; year to date, Honda is off more than 30 percent ,Chicago Tribune reports.

Hyundai's 45,553 sales figure was up 11.9 per cent over a year earlier, with the company attributing 22 per cent of the sales to cash for clunkers. Sales of its Elantra were up 30.3 per cent from July, 2008, Globe and Mail reports.