On Wednesday Greg Lang was appointed president and CEO of PMC-Sierra, a semiconductor company which develops and sells devices into the communications, storage, printing, and embedded computing marketplaces. 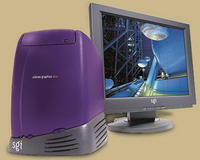 PMC-Sierra former CEO Robert Bailey is going to officially resign in May, but he will remain the chairman of the Board.

Earlier Lang was president and CEO of Integrated Device Technology Inc. (IDT). He was in charge of integration of several successful acquisitions and more than doubled revenue over the course of his term at the company. Prior to IDT, Lang spent 15 years at Intel and was vice president and general manager of the Platform Networking Group, where he built Intel's client-side wired and wireless networking businesses. Mr. Lang is also a member of the board of directors of Intersil Corporation, a high-performance analog semiconductor company.