Google Inc. won European Union approval to buy DoubleClick Inc., clearing the way for the completion of the biggest acquisition in its nine-year history. 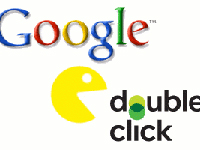 DoubleClick offers technology products and services that are sold primarily to advertising agencies and media companies to allow clients to traffic, target, deliver, and report on their interactive advertising campaigns. The company's main product line is known as DART, which is designed for advertisers and publishers.

The European Commission, the 27-nation EU's antitrust authority in Brussels, said in a statement today that the $3.1 billion deal can proceed without conditions. Google announced the proposed purchase of DoubleClick in April to increase its sales of Internet ads that include pictures and videos.

"The commission's in-depth market investigation found that Google and DoubleClick were not exerting major competitive constraints on each other's activities and could, therefore, not be considered as competitors,'' the commission said in the statement.

The EU approval is a blow to Google competitors, including Yahoo! Inc. and Microsoft Corp., which expressed concerns that the combination would hurt competition in the $40.9 billion global online advertising market. Microsoft complained to U.S. and EU officials that it may be shut out of the combined company's ad network.

The U.S. Federal Trade Commission approved the deal in December without imposing asset sales or other conditions.

Microsoft, the world's largest software maker, trails Google in Web search services. It said last April that Google's planned acquisition would give its rival more than 80 percent of the market for ads displayed on third-party Web sites.

Microsoft plans to make its own acquisition in the market with a $44.6 billion bid for Yahoo. That offer, announced on Feb. 1, was rejected by Yahoo's board. Microsoft bought DoubleClick rival AQuantive Inc. for $6 billion last year.

Google dominates the Internet search market with 58.5 percent. Microsoft has 9.8 percent, while Yahoo has 22.2 percent, according to January data from Reston, Virginia-based research firm ComScore Inc.