Motorola and Nortel to unite their wireless infrastructures

One of the greatest producers of cell-phones, Motorola Inc and Nortel Networks Corp are going to combine their wireless infrastructure units. 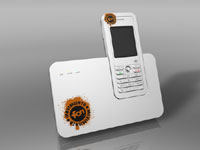 Motorola and Nortel to unite their wireless infrastructures

The negotiations could create a joint venture with sales of around $10 billion, uniting businesses that make network equipment for cell-phones users.

Yet in January Motorola reported that it was trying to find a new way of selling the unit, though Motorola's talks with Nortel were separate to any plans for its handset unit.

There wasn’t comment on the point from Motorola and Nortel.

Motorola creates several different products for use of the government, public safety officials, business installments, and the general public. These products include cell phones, laptops, computer processors, and radio communication devices. The Motorola RAZR line has sold over a 110 million units bringing the company to the number two mobile phone slot in 2005 (Nr 1 Nokia). The RAZR became a cult phone and many variations were produced.