J.C. Penney Co Inc. launches Ralph Lauren’s American Living brand. It is the biggest product line in its 105-year-history which seems to mark the beginning of the economic setback. 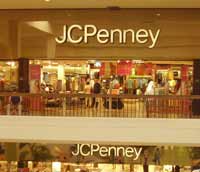 The collection created by world-famous designer Ralph Lauren will include clothing for men, women and children. It will come complete with shoes, bags, bedding, towels, luggage, furniture and swimwear.

American Living products will arrive in Penney’s stores already this month. It may mark the largest introduction of a single brand in the history of retail business, as Penney’s CEO Myron Ullman said.

"This is probably the most extensive single roll-out of any single brand ever," he said.

J. C. Penney Company, Inc., most commonly known today by the name JCPenney or simply Penney's, is a mid-range chain of American department stores based in Plano, Texas, a suburb north of Dallas. The company operates 1,067 stores in every state U.S. states (except Hawaii) and Puerto Rico and the largest general merchandise catalog business in the United States.

Today, most JCPenney stores are located in suburban shopping malls. Previously, most stores were located in downtown areas. As shopping malls became more popular in the latter half of the 20th century, JCPenney relocated its stores to shopping malls. However, in recent years, the chain has been following a retailing trend in opening some standalone stores, including some next door to competitors. Certain stores are located in power centers and can be considered "big-box stores". The company is an Internet retailer and has undergone significant institutional changes to compete in the ever changing retail landscape. Increased competition from big box retailers like Wal-Mart and Target have forced JCPenney to focus on private brands such as St. John's Bay, Worthington, and Arizona Jean Company. It has streamlined its catalog and distribution while undergoing renovation improvements at store level.

JCPenney found itself the focus of a boycott by gay rights groups when the company pulled advertising from the sitcom Ellen in 1997, which it deemed "controversial." The company was not the only one to pull ads; other companies included Wendy's, General Motors, Chrysler, and Johnson & Johnson.