Microsoft has made a new update to its Office Live Small Business. From now on, users will have to choose from three features: Basics, Essentials and Premium. One can start from the same level fro free and then add whatever they might need at extra cost. The update supports Forefox browsers and adds marketing options and e-commerce. 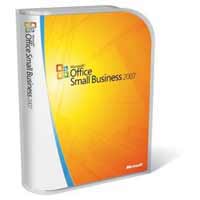 Microsoft Office is an office suite from Microsoft for the Microsoft Windows and Mac OS X operating systems. Along with core office applications, it includes associated servers and web-based services. Recent versions of Office are referred as "Office system".

Office was introduced by Microsoft in 1989 on Mac OS, with a version for Windows in 1990. Initially a marketing term for a bundled set of applications, the first version of Office contained Microsoft Word, Microsoft Excel, and Microsoft PowerPoint. Additionally, a "Pro" version of Office included Microsoft Access and Schedule Plus. Over the years, Office applications have grown substantially closer with shared features such as a common spell checker, OLE data integration and Microsoft Visual Basic for Applications scripting language. Microsoft also positions Office as a development platform for line-of-business software under the Office Business Applications (OBA) brand.

A major feature of the Office suite is the ability for users and third party companies to write add-ins that extend the capabilities of an application by adding custom commands and specialized features.