By Anastasia Tomazhenkova: British pharmaceutical, biological, and healthcare company GlaxoSmithKline PLC announced its fourth-quarter net profit fell 10%. The company forecasts a decline in earnings this financial year because of lower sales of its Avandia diabetes pill and greater generic competition. 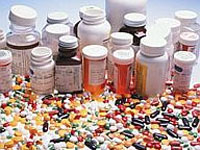 Shares in Glaxo, the world's second-largest drug maker after Pfizer Inc., dropped more than 6% after the disappointing earnings report.

Glaxo expects the impact of lower Avandia sales and increased generic competition to lead to a mid-single digit percentage decline in earnings per share in 2008.

Sales of Avandia have plummeted in the United States since a report last May by the New England Journal of Medicine that linked the drug to an increased risk of heart attacks. Sales of the medicine, which is used for the treatment of type 2 diabetes, fell 29% over the year to 780 million pounds (1.5 billion dollars) with fourth-quarter sales alone down 55%.

Chief Executive Officer Jean-Pierre Garnier, who retires in May, said he remains confident about the company's future beyond 2008, thanks to Glaxo's growing vaccine and consumer healthcare businesses and new product pipeline.

However, analysts were more pessimistic about the company's outlook than Garnier, noting the market had been expecting a slight increase in the company's earnings per share this year.

While Glaxo has one of the strongest pipelines of future drugs in the industry, the Avandia troubles have added to a number of setbacks on key drugs. U.S. regulatory approval for the company's Cervarix cervical cancer vaccine, a potential blockbuster, is on hold.

Aurel Leven analyst Jerome Berton said that 2008 will be a difficult year with ongoing pressure from generics and on Avandia and the lack of new growth drivers to fill the gap.