By Anastasia Tomazhenkova: Caterpillar Inc. reported that plant in Oxford, Mississippi, was damaged and collapsed as a result of severe weather. Tornadoes swept through the South on Tuesday. 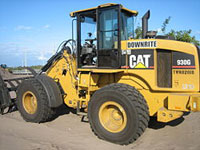 The company, the world's largest maker of construction and mining equipment, claimed the plant produced couplings for hydraulic hoses used in its earth-moving equipment. Caterpillar spokesman Jim Dugan said the plant had "partially collapsed," bringing production to a halt, and that it was too soon to tell when production would resume.

About 90 of the 290 workers employed at the 180,000-square-foot plant were there when the tornado struck. They were evacuated to storm shelters. No workers were killed as a result of the collapse but a few workers had suffered "minor injuries."

Caterpillar has contracted with a design and construction company to immediately begin work to bring portions of the Oxford plant back into operation as soon as possible. In the meantime, Caterpillar is working with suppliers, its global dealer network and internally to meet customer demands.

The company said it's too early to know how the damage to the Oxford plant will impact production at other Caterpillar plants.

Caterpillar is one of the thirty companies whose stock is tracked in the Dow Jones Industrial Average. It is a Fortune 100 company ranked first in its industry, with more than 40 billion dollars in assets.