MBIA Inc., the largest bond insurer in the world, plans to sell about 50.3 million common shares to raise $750 million in a move to retain its AAA credit rating. 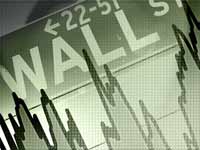 Warburg Pincus LLC, in investment firm, plans to purchase $750 million of convertible participating preferred stock. MBIA has already raised $1.5 billion since November. Most of the proceeds will be contributed to its MBIA Insurance Corp. unit.

MBIA, Inc. (NYSE: MBI) is a financial services company, a member of the S&P 500 index. It was founded in 1973 and headquartered in Armonk, New York and has over 1200 employees. MBIA is the largest bond insurer.

MBIA is a monoline insurer primarily of municipal bonds and on asset- and mortgage-backed securities, a form of credit enhancement. This underwriting is essential on the issuance of bonds and securities, as insurance to the purchasers in case of default on the debt by the issuer. It also provides a fixed-income asset management service with about seventy billion dollars under management.

MBIA has an AAA rating from Moody's, Standard and Poor's and Fitch Ratings. Fitch placed MBIA on review for possible downgrade but have later affirmed its Triple-A ratings (16 Feb 2008) after MBIA successfully raised US$2 billion in additional Capital to support its obligations, while Moody's have placed it on review for possible downgrade (18 Feb 2008) based on the risk of the market it is in rather than the basis of its financial strength.

CEO Gary Dunton said in a conference call on January 31, 2008, that MBIA had "more than enough capital to keep its AAA credit rating and dismissed speculation the company may go bankrupt."

"Dunton, speaking on a four-hour conference call after Armonk, New York-based MBIA reported a $2.3 billion quarterly loss (for the fourth quarter, 2007), blamed 'fear mongering' and 'distortion' for driving the company's stock down more than 80 percent in the past year."