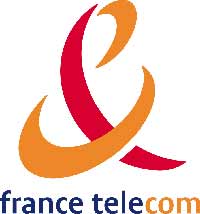 “France Telecom was capable of containing costs and preserving its operating margins at a good level,” said Laurent Vallee, who helps manage $5.9 billion at Richelieu Finance in Paris, including France Telecom shares. “The dividend was a positive surprise.”

France Telecom is the main telecommunication company in France and one of the largest in the world. It currently employs about 191,000 people (half outside of France) and has nearly 159 million customers worldwide (2007). For the twelve months ending September 2004 it had revenue of US$60.11 billion. The current CEO is Didier Lombard.

Up to 1988, France Telecom was known as the Direction Generale des Telecommunications, a division of the Ministry of Posts and Telecommunications. It became autonomous in 1990. It was privatized by Lionel Jospin's Plural Left government starting in January 1, 1998. Its headquarters are in Paris, 6 place d'Alleray.

In November 2007, FT Announced it had acquired a bid to secure 51% of Telkom Kenya's shares from the Government of Kenya, but will have to bring about 11% of shares back out onto the market three years following the deal.

In December 2006, FT announced the acquisition of DIWAN and SILICOMP specialized on the Customer Critical Application (CCA) and Security for enterprises

In August 2005, FT acquired a 77% ownership in the Spanish mobile phone company Amena.

One of its most important subsidiaries was Telecom Argentina; France Telecom sold most of its shares in 2003, at the same time as it sold CTE El Salvador, and now only owns approximately 1% of Telecom Argentina.