By Anastasia Tomazhenkova: Evergreen Solar Inc., a publicly-held U.S. company which specializes in solar energy, announced that it has filed for a public offering of 20 million common shares. 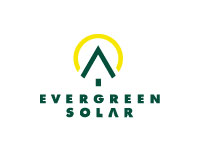 Evergreen will receive net proceeds of about 231.9 million dollars, or 266.8 million dollars if underwriters exercised an option for an additional 3 million shares. The company will use the net proceeds to finish developing a new manufacturing facility in Devens, Massachusetts, and other general corporate purposes, including purchases or prepayments for raw materials, including polysilicon, and working capital.

Shares of Evergreen ,a manufacturer of solar power products with its proprietary, closed Friday at 12.21 dollars.

Evergreen was founded in 1994. It uses a proprietary "String Ribbon technology" in the manufacture and marketing of solar power products. In this technology, a thin film silicon  strip (the "ribbon") forms between wires (the "strings") as they are pulled out of a pool of molton silicon. According to the company's web site, this is a cleaner, more efficient process than the more traditional method of cutting wafers from a silicon boule.

The company’s revenues are primarily derived from the sale of solar modules, which are assemblies of photovoltaic cells that have been electrically interconnected and laminated in a physically durable and weather-tight package. The Company sells its products using distributors, systems integrators and other value-added resellers, who often add value through system design by incorporating its modules with electronics, structures and wiring systems. Applications for Evergreen Solar’s products include on grid generation, in which supplemental electricity is provided to an electric utility grid, and off-grid generation for markets where access to conventional electric power is not economical or physically feasible. Its products are sold primarily in Europe and the United States.

Evergreen Solar broke ground on a 150 million dollars solar manufacturing plant in Massachusetts in September 2007. The facility is being constructed on land that was previously Fort Devens, a US military facility