Japan’s largest pharmaceutical company Takeda is buying a local unit of Amgen Inc. The deal has been evaluated at $902 million. The deal will allow Takeda to obtain about a dozen of medicines for such diseases as cancer, arthritis and others. 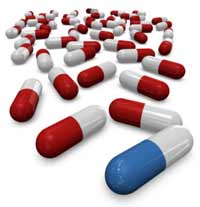 Takeda, which is based in Japan’s Osaka, will pay the initial payment in cash - $200 million – and $702 million in additional transfers. Amgen, based in USA’s California, will receive $275 million for global rights to its experimental cancer medication, motesanib diphosphate.

In 2007, Takeda Pharmaceutical was awarded the Bad Product Award (2007 Overall Winner) by Consumers International. The company advertises the sleeping pill Rozerem to children in its "Back to School"-campaign (“Rozerem would like to remind you that it’s back to school season. Ask your doctor today if Rozerem is right for you.”) The advertisement ran without noting the very serious side effects that this drug can have, including increased thoughts of suicide in already depressed patients. Takeda pharmaceuticals also failed to mention the precautions on its packaging about children using this drug.

Amgen Inc. is an international biotechnology company headquartered in the Newbury Park section of Thousand Oaks, California. Located in the Conejo Valley, it is one of the top corporations in the Tech Coast area. Amgen is the largest independent biotech firm, with approx. 14,000 staff members including the 150 Allied-Barton Security staff and A-post personnel in 2007. Its products include Epogen, Aranesp, Enbrel, Kineret, Neulasta, Neupogen, and Sensipar / Mimpara. Epogen and Neupogen (the company's first products on the market) were the two most successful biopharmaceutical products at the time of their respective releases.