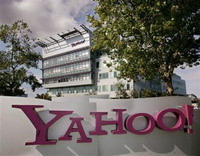 Microsoft and Yahoo pursued merger discussions in 2005, 2006, and 2007, that were all ultimately unsuccessful. At the time, analysts were skeptical about the wisdom of a business combination. On 1 February 2008 , after its friendly takeover offer was rebuffed by Yahoo, Microsoft made an unsolicited takeover bid to buy Yahoo for 44.6 billion dollars in cash and stock.

The possible joint venture of Microsoft and Yahoo is aimed at mighty online advertising in order to keep up with the search leader, Google.

For example, on 22 January 2008, it was reported that Yahoo was planning to lay off hundreds of employees out of its work force of about 14,000. The company has suffered severely in its inability to effectively compete with industry search leader Google.

On 29 January 2008, Yahoo announced that the company was laying off 1,000 employees. The cuts represent 7 percent of the company's workforce of 14,300. Employees are being invited to apply for an unknown number of new positions that are expected to open as the company expands areas that promise faster growth.

Google’s position as a potential partner and competitor spurs Microsoft for action. Microsoft today provides a variety of software and services, from plain old server software to IPTV middleware and set-top software. At the same time, Microsoft’s telecom ambitions, particularly in the area of unified communications and software-as-a-service, secure a place in competitive provider market. A potential Microsoft - Yahoo deal adds yet another dimension of complexity to the partner/competitor matrix.