Ericsson to lay off thousands employees

By Anastasia Tomazhenkova: Leading Swedish-based provider of telecommunication and data communication systems LM Ericsson AB reported a sharp drop in fourth-quarter net income. The company plans to lay off around 1,000 employees in Sweden because of costs cuts. 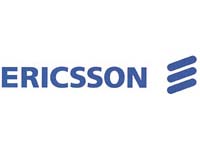 Ericsson to lay off thousands employees

"Totally in the world... As a rule of thumb, I'm sure that a thousand (people) per billion is probably in the neighborhood of where it's going to end up," Svanberg said without specifying the comment and adding that such a head count would include consultants, suppliers and temporary workers. All parts of Ericsson's business would be affected by the savings, he said.

"What we're doing is to adjust to a slower market," Svanberg said. "We're taking action to safeguard our competitive position."

One-time costs are expected to reach around 4 billion kronor (629 million dollars), but will be taken "as each activity is decided."

Full effect is expected in 2009, it said, and most of the layoffs in Sweden would be made through voluntary programs "as far as possible."

"Sometimes voluntary doesn't work," Svanberg said, "but that's how we want to approach it."

The company also said that although industry fundamentals and consumer behavior back a positive longer-term outlook, "we find it prudent to plan for a flattish mobile infrastructure market" in 2008 on the back of slowing market growth in the past year.

Operating margin for the quarter fell to 14 percent, from a previous 22.5 percent in the same three months in 2006.

The company blamed it mainly on tougher times in its networks business, where rapid build-outs of lower margin projects in emerging markets is pressuring profitability.

A fall in network expansions and upgrades in its mature markets have also declined, leading to lower margins, it said.

Despite the weaker earnings, the company's board said it would propose a dividend of 0.50 kronor (0.08 dollars) per share to the annual general meeting.

Ericsson's year-end result and future forecast have been heavily anticipated by market watchers ever since the Stockholm-based company in October shocked the market with a hefty profit warning and a surprise cut in its 2007 outlook - forcing its chief financial officer to step down.

Sales for the three-month period ending Dec. 31 remained almost unchanged at 54.5 billion kronor (8.57 billion dollars) from 54.2 billion kronor in the same period the year before.