Safeco reports income fall due to competition and California widfires

By Margarita Snegireva. Safeco Corp, property casualty insurer, reported fell by nearly a third in the fourth quarter due to competition in auto insurance and losses from California wildfires. 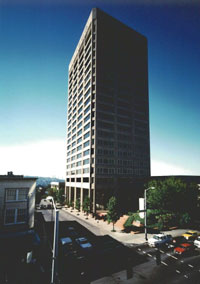 Safeco reports income fall due to competition and California widfires

Property casualty insurer Safeco Corp said on Thursday its net income fell by nearly a third in the fourth quarter due to competition in auto insurance and losses from California wildfires.

Safeco said catastrophe losses in the latest quarter were $46.3 million before taxes, up 28 percent from the year earlier. Claims from October wildfires, which devastated Southern California , were $27.3 million.

On April 6, 2005, CEO Mike McGavick announced that Safeco would be consolidating operations at either the University District "home office" campus or the newer Eastside campus in Redmond, pending a competition between Microsoft and the University of Washington for the sale of one or the other location. On January 19, 2006 it was announced that Microsoft would purchase the Redmond campus for $209.5 million. Plans were announced for a new 125-foot office tower across the street from Safeco Plaza to house the approximately 1,300 Redmond employees. However, McGavick subsequently stepped down as CEO to run for the U.S. Senate. In a surprise move, his replacement Paula Rosput Reynolds announced on August 30, 2006, that the entire University District complex would be sold as well, to the University of Washington for $130 million. Employees were told they would be moved to leased space in downtown Seattle. Some speculate this signalled the imminent sale of the company, although Safeco denies this. Safeco moved back downtown in 2007 and Safeco Plaza was renamed UW Tower.

On June 27, 2007, Safeco introduced a new service, Teensurance, aimed at "providing parents peace of mind while teens earn their freedom."