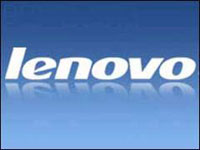 Lenovo Group Limited is today the fourth largest personal computer manufacturer in the world, after Hewlett-Packard and Dell of the US, and Acer of Taiwan.

Its executive headquarters are located in Beijing, People's Republic of China and in Morrisville, North Carolina, USA. It is incorporated in Hong Kong.

The company was founded in 1984 by a group of eleven engineers, headed by Liu Chuanzhi, in Beijing. Originally known as Legend Group Ltd and New Technology Developer Incorporated, the listed holding company was incorporated in 1988 in Hong Kong. The company had become the biggest PC manufacturer of domestic and distributed third party products through its wholesale business.

In 2005 Lenovo purchased IBM's PC Division which transformed it into a major international personal computer manufacturer. Lenovo paid $1.27 billion to IBM which consisted of $655 million in cash and $600 million in Lenovo stock.