An American technology-company, Dell Inc. (NASDAQ: DELL SEHK: 4331), is going to shut its network of kiosks in the U.S. and to focus its attention upon selling products through traditional retail outlets. 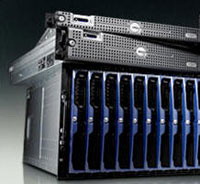 Starting in 1994, Dell opened kiosk locations in shopping malls across the United States in order to give personal service to customers who preferred this method of shopping to using the Internet or the telephone-system. Despite the added expense, prices at the kiosks match or beat prices available through other retail channels. Starting in 2005, Dell expanded kiosk locations to include shopping malls across Australia, Canada, Singapore and Hong Kong.

The closure will affect only those kiosks (140 to be exact) that sell Dell notebook and desktop PCs. The company decided to turn to more traditional retail strategy, selling its PCs through such outlets as Wal-Mart, Staples and Best Buy.

Perhaps, the new strategy is connected with Dell’s loss of status. In late 2006 the company lost its once substantial lead in the PC-business to Hewlett-Packard. Both Gartner and IDC estimated that in the third quarter of 2006, HP shipped more units worldwide than did Dell. Dell's 3.6% growth paled in comparison to HP's 15% growth during the same period. The problem got worse in the fourth quarter, when Gartner estimated that Dell PC shipments declined 8.9% (versus HP's 23.9% growth). As a result, at the end of 2006 Dell's overall PC market-share stood at 13.9% (versus HP's 17.4%).