Societe Generale's board of directors sets up an independent committee to investigate billions of euros (dollars) in trading losses. 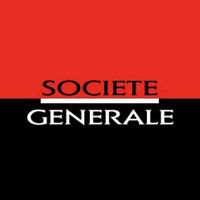 PricewaterhouseCoopers was asked to help in probe, the bank said.

Bank’s future is under question and its CEO Daniel Bouton is expected to resign. But no management changes were made yet.

Société Générale  is one of the main European financial services companies and also maintains extensive activities in others parts of the world. It is headquartered in France with the main head office in Tours Société Générale in the business district of La Défense west of Paris. The three main divisions are Retail Banking & Specialized Financial Services (particularly in France and Eastern Europe), Corporate and Investment Banking (Derivatives, Structured Finance and Euro Capital Markets) and Global Investment Management & Services.

On January 24, 2008, the bank announced that Jérôme Kerviel, a futures trader, had fraudulently lost the bank EUR4.9 billion ($7 billion), the largest such loss in history.