By Margarita Snegireva. United Utilities sprung no surprises in its transient management statement, saying that current trading for the nine months to the end of January is in line with the group's expectations. 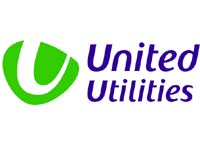 The UK utility's water arm is on target to meet the regulatory efficiency targets including a leakage target set by Ofwat of 465 megalitres a day.

United Utilities (UU) is a British utility company with its headquarters in Warrington which operates mainly in the North West England, with 9,000 employees. It serves over 20 million people around the UK and worldwide. Its shares are listed on the London Stock Exchange and it is a member of the FTSE 100 group of companies.

Its water business is regulated under the Water Industry Act 1991.

United Utilities was created in 1995 by the merger of North West Water and Norweb. It sold its telecoms business, Your Communications in 2006, Vertex in March 2007 and it's electricity distribution network in December 2007.

United Utilities operates water, wastewater, electricity and gas networks. In north west England it is investing £3.5 billion between 2005-2010 to improve utility infrastructure and the environment.