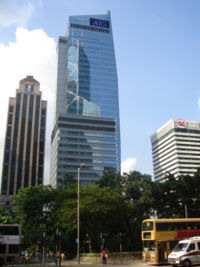 The corporation’s involvement in practices of bid rigging and contingent commissions was resolved by the $12.5 million settlement.

It’s not the first case of fraud in AIG’s practice. On October 14, 2004 the New York State Office of Attorney General Eliot Spitzer announced that it had commenced a civil action against Marsh & McLennan Companies for steering clients to preferred insurers with whom the Company maintained lucrative payoff agreements, and for soliciting rigged bids for insurance contracts from the insurers. The Attorney General announced in a release that two AIG executives pleaded guilty to criminal charges in connection with this illegal course of conduct.

On February 9, 2006, AIG and the New York State Attorney General's office agreed to a settlement in which AIG would pay a fine of $1.6 billion.

AIG is going to cooperate with investigators, but denies allegations and does not admit liability.