By Margarita Snegireva. Chinese gold production rose by 12.67 pct comparing with the year before reaching record level of 276 metric tons in 2007. 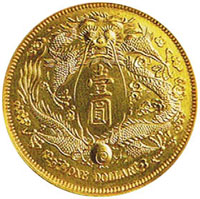 China is very rich in mineral resources. Iron ore reserves are found in most provinces, including Hainan. Gansu, Guizhou, southern Sichuan, and Guangdong provinces have rich deposits. The largest mined reserves are located north of the Yangtze River and supply neighboring iron and steel enterprises. With the exception of nickel, chromium, and cobalt, China is well supplied with ferroalloys and manganese. Reserves of tungsten are also known to be fairly large. Copper resources are moderate, and high-quality ore is present only in a few deposits. Discoveries have been reported from Ningxia. Lead and zinc are available, and bauxite resources are thought to be plentiful. China's antimony reserves are the largest in the world. Tin resources are plentiful, and there are fairly rich deposits of gold.

China is the world’s fifth largest producer of gold and in the early twenty-first century became an important producer and exporter of rare metals needed in high-technology industries. The rare earth reserves at the Bayan Obi mine in Inner Mongolia are thought to be the largest in any single location in the world.